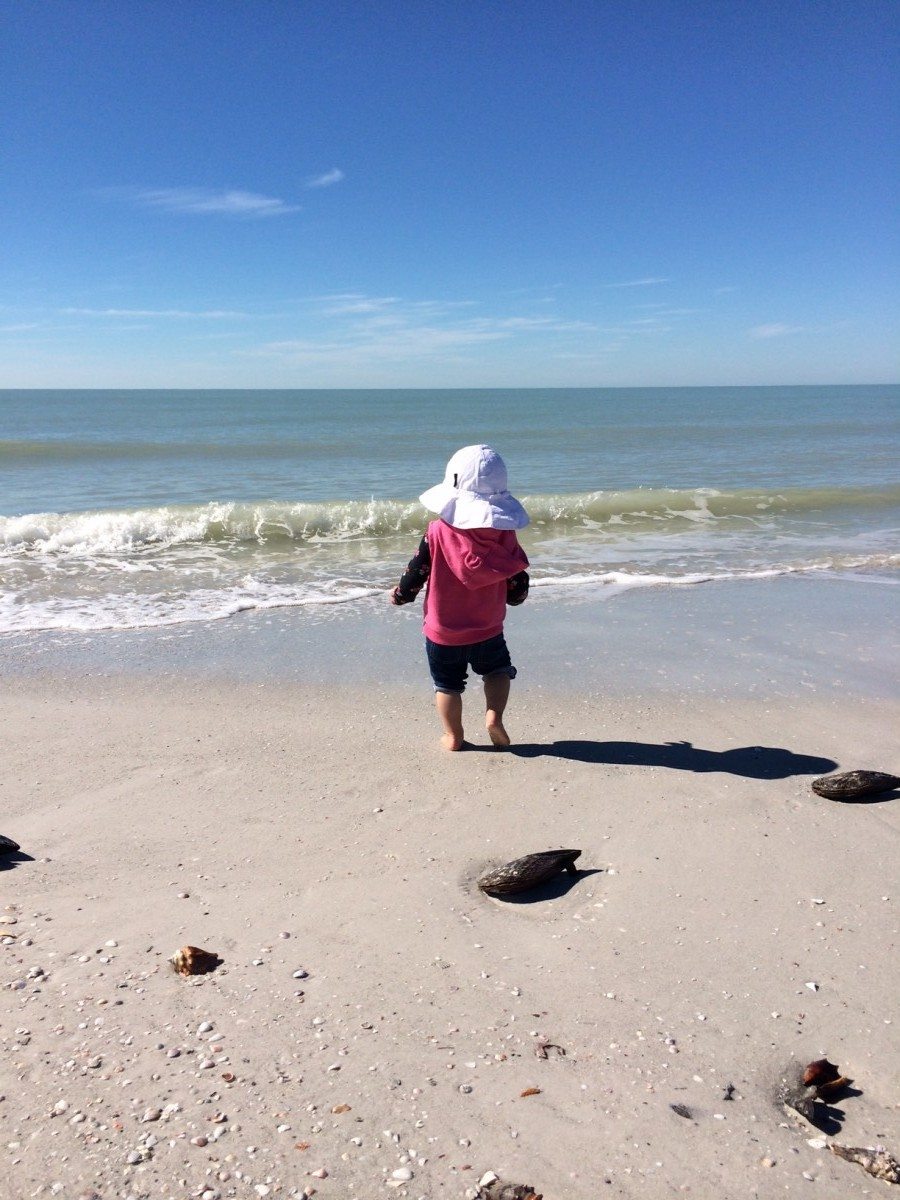 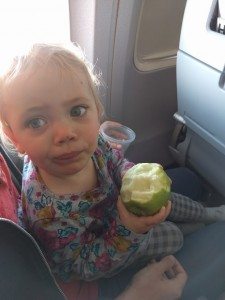 The flight to Tampa, FL was just 3 hours, and Freya was awesome once again. She played for an hour, napped for an hour, then gnawed on an apple for the last hour, then we were there. Beaches and baby teething were in store for us in Florida.
Neither Jannika or I had even been to Florida, and I must say that the flight into Tampa was gorgeous. In St. Petersburg we were staying with my sister-in-law and brother-in-law from Sweden. They had rented a house in St. Pete Beach for 4 weeks while my sister-in-law ends her 11 month maternity leave (not a typo), and brother-in-law is beginning his 7 month paternity leave (also not a typo). The place was great. It was right on the water on the bay side of St. Pete Beach, and it was just a 10 minute walk to the beach on the Gulf of Mexico side… and the beach was stunning.
The highlights of our trip included a couple beautiful days walking on the beach, kayaking within an arms length of a bottle-nosed dolphin in just 3 feet of water, golfing with copious amounts of retired people, and eating at a seafood restaurant with a 33,500 gallon fish tank… which made lunch quite distracting for Freya. It was a wonderful trip, with the exception of a couple of rough nights for Freya… 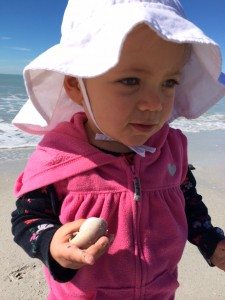 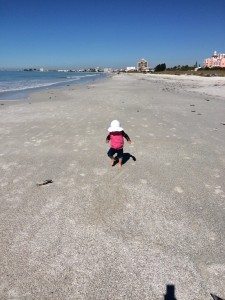 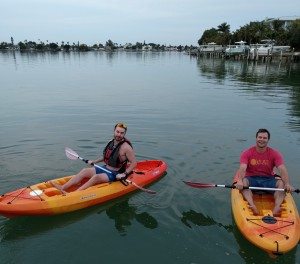 St. Petersburg was our first stop where we were not going to have a Pack ’n Play for Freya to sleep in. However, Jannika found a company called BabiesAway (www.babiesaway.com) that rents just about everything you would need for an infant or toddler. For just $36 (and a $30 delivery charge) we were able to rent a Pack ’n Play for the entire week we were there. That was pretty key.
Even though we had a Pack ’n Play for Freya, she spent that first 2 nights waking up every 2-3 hours. She had a bit of a fever for a day and a half, so we chalked up the lack of sleep up to Freya getting sick… We’ll never learn! Freya had no other symptoms other than the fever, and on the third day we were there Freya’s fever was gone. It wasn’t until then that it dawned on me that Freya was teething again.
Now, I have read online and heard from a pediatrician that there is absolutely no correlation between a fever and teething. I call B.S.! I have spoken to three moms that said their little ones got a fever every time their baby was teething. Our pediatrician even said that it happens quite often (but not all the time). Well, I’m here to say… Freya has gotten a fever just before every new tooth has broken through her gums. In Florida it was no different. She is currently struggling through getting her back molars.
SO, if you’re going through baby teething, or believe it’s getting close, do not be alarmed if your baby gets a high spike in temperature for a day or two. If there are absolutely no other symptoms (runny nose, cough, loss of appetite, diarrhea), then run your finger over their gums and feel for yourself. It COULD just be that your baby is teething.
Baby teething is never easy for the baby, or the parents. There are some tips that we have used that have at least eased the pain.