Chickenpox While Traveling with a Toddler 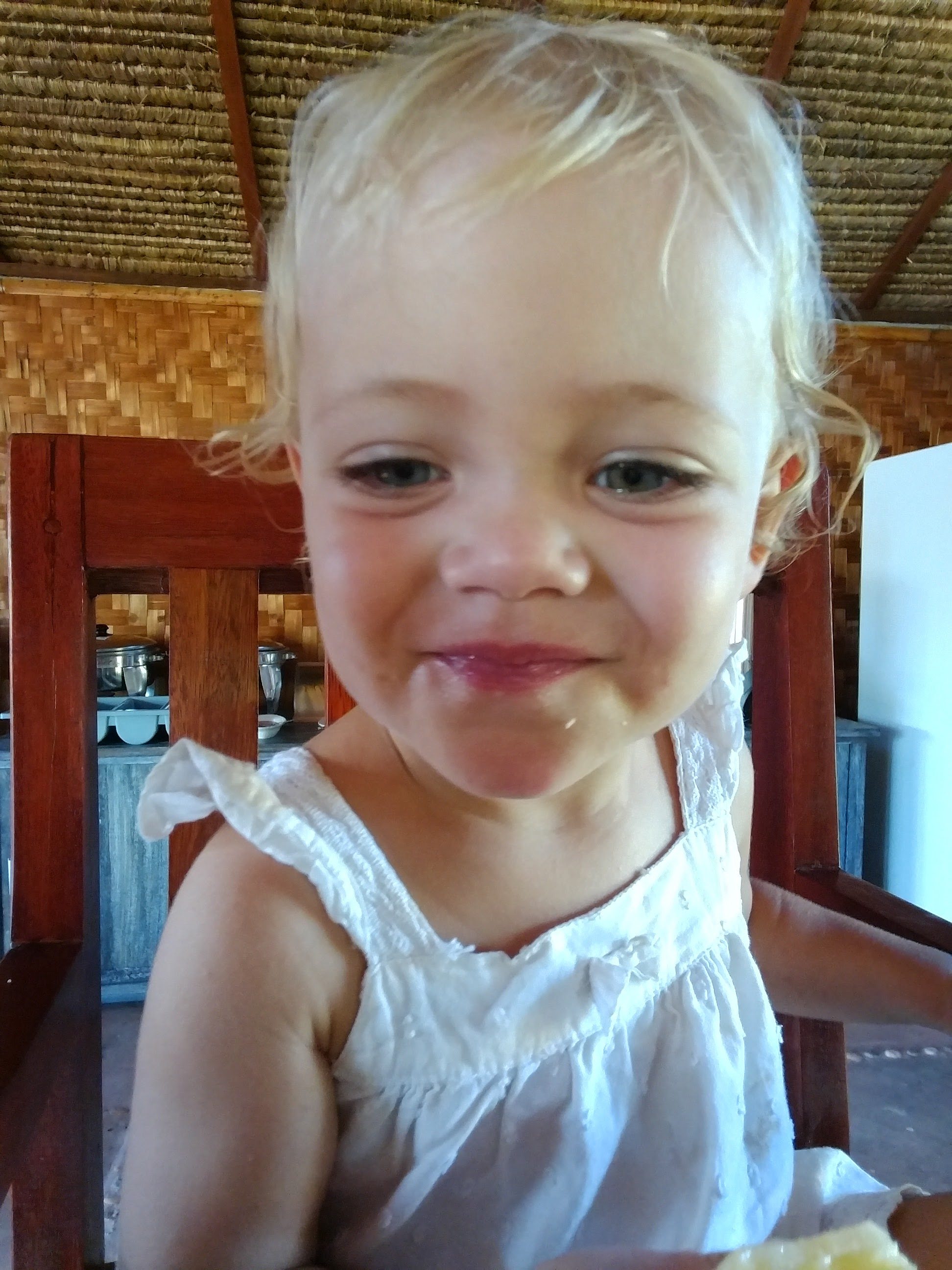 If you couldn’t guess it by the title of this post… Freya got the chickenpox while traveling in Indonesia. The whole first week that we were in Lombok, Indonesia. Yeah, crappy!
When you’re a first-time parent and your kid gets sick, you immediately become a quasi-expert on the particular illness. Chickenpox is something pretty much everyone knows, and has had as a kid. However, I didn’t know the ins and outs of the virus at all until my friend Google told me. Most of the information we looked up was super helpful. For instance, I didn’t know that you actually contract the virus 14-21 days before the symptoms set in. There’s nothing you can do about it really. Just know that if children around your child have chickenpox, your child isn’t necessarily in the clear until 3 weeks has passed symptom free.
Armed with this information, we gather that Freya must have gotten the virus a few weeks earlier while we were hanging out in Bali. We know that one little girl that she had been playing with got chickenpox just before we left. However, It’s hard to say who patient zero was with 2 to 3-week gestation period. 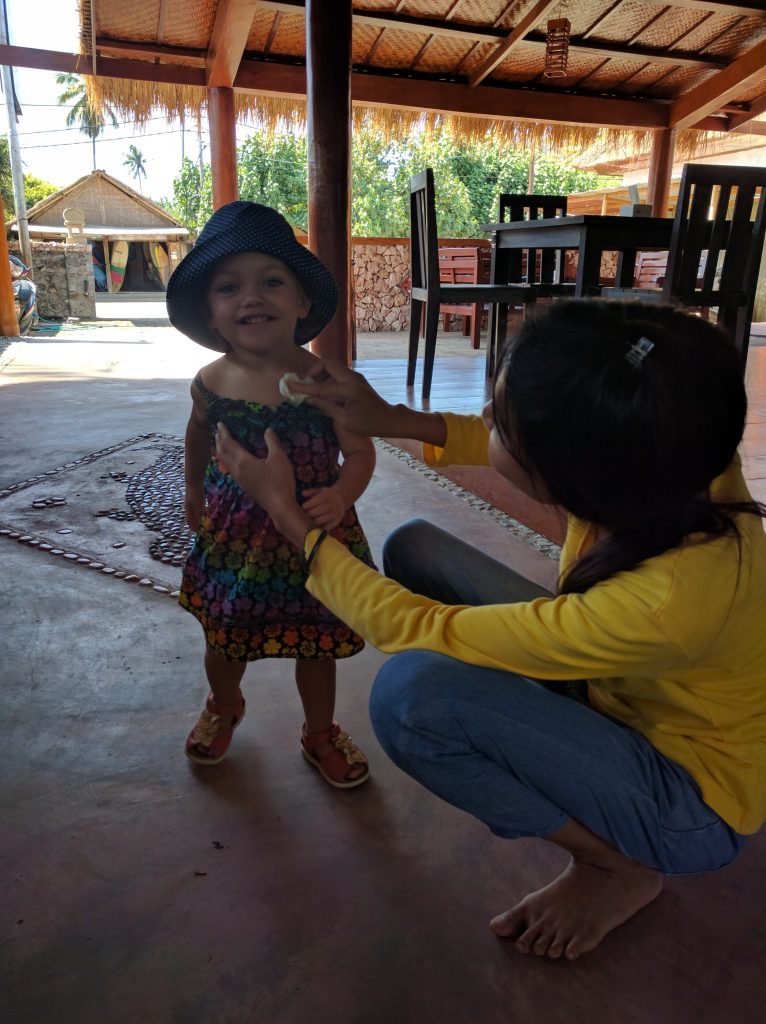 Loose-fitting clothing is all we have for Freya, so it worked out perfectly that you’re supposed to put kids with chickenpox in loose-fitting cotton clothing.

Anyway, Freya’s chickenpox started with a few spots on her arm, which I though was bug bites. The night after I noticed her first few spots she got a really high fever, and broke out into what looked like a rash. The next morning some of the rash spots had turned into noticeable chickenpox spots. The same happen the next evening with another wave of rash appearing, then the following morning some had turned into spots. Our Googling had prepared us for the waves of spots. Just whatever you do, don’t use Google Images when looking at chickenpox. Please!
As it all turned out, Freya had a very mild case of chickenpox. The fever. Two waves of spots. Then waiting for it go away. She didn’t even itch that much… we took some pictures, but Freya’s butt really took the worst of whole thing, and we didn’t think the chickenpox photos were appropriate for the interwebs.
In my opinion there are 2 ways you can take the chickenpox-type situation when you’re traveling: 1) What a bummer that Freya had to get chickenpox while traveling in Indonesia; or 2) She was probably going to get it anyway, why not get chickenpox while traveling in Indonesia. I like the 2nd. I mean, when you’re traveling with a child, you still have to be a parent. And, no matter where you are, parenting is going to be the bumps, bruises and sicknesses sometimes.
The hardest thing for Freya, was staring out our hotel room at this gorgeous pool, and not letting Freya go swimming. The whole reason why we had booked this particular hotel was for the garden and pool area being so great for Freya to run around. Google told us not to let her go swimming until 3-5 days after last spots had scabbed over. This was a tough one, but we made the best of it.

The beautiful pool was off limits while she had the chickenpox

The pool was off limits while Freya was still contagious because we didn’t want to get the whole neighborhood sick.

The faucet wasn’t quite as pretty as the pool 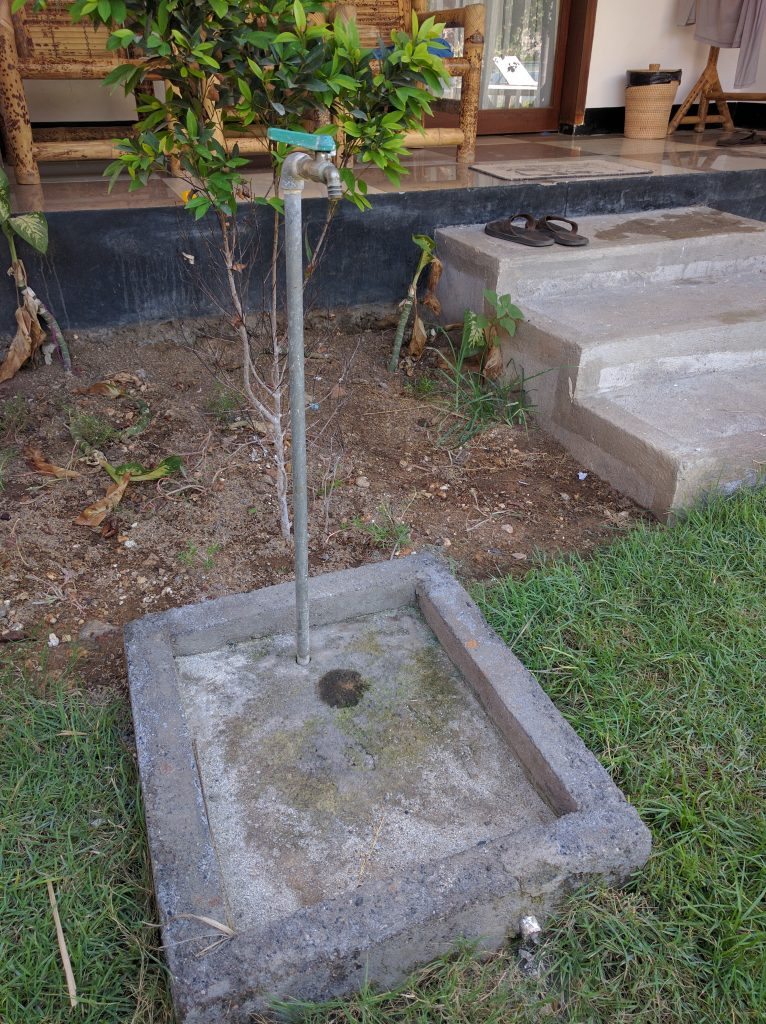 A distant second to the pool. Freya played in the faucet most days, until we allowed her to go in the pool.

Finally getting to swim in the pool!