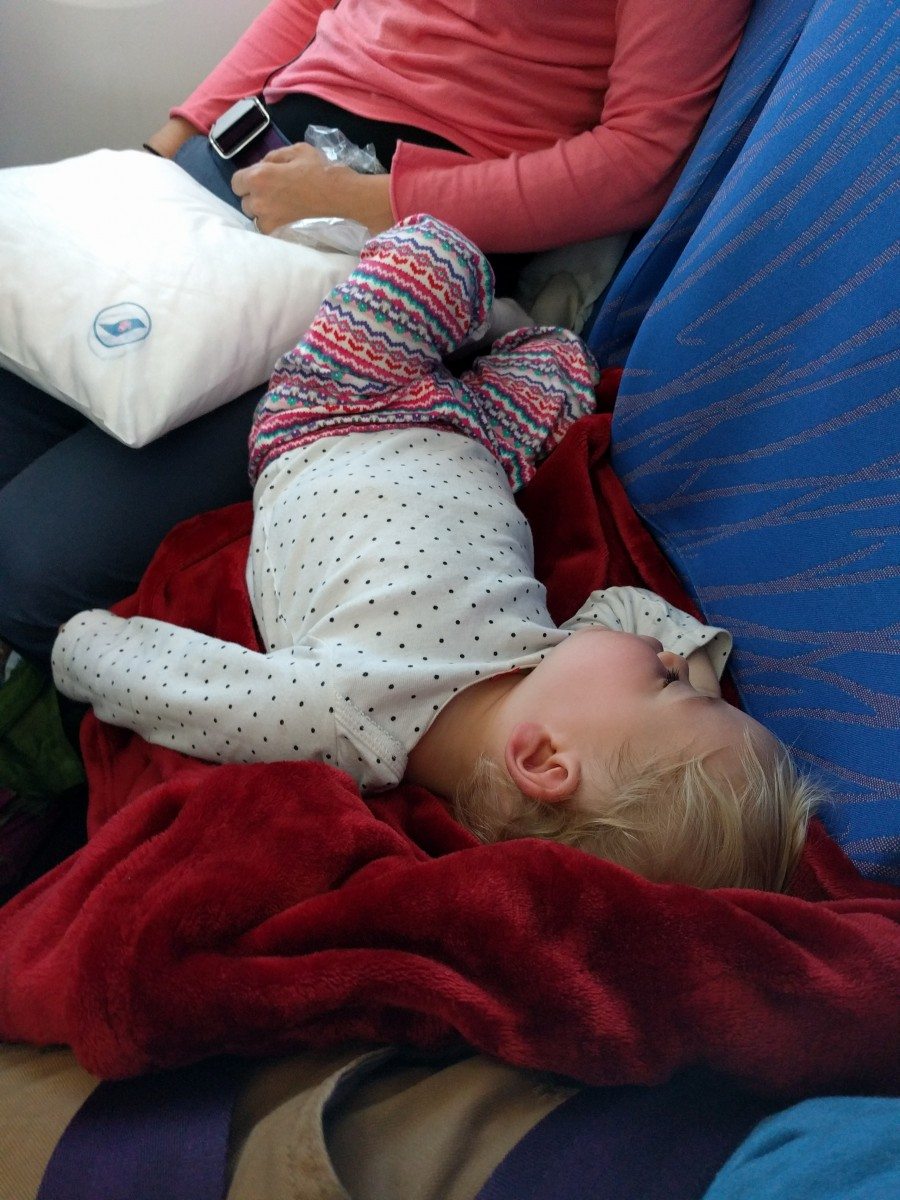 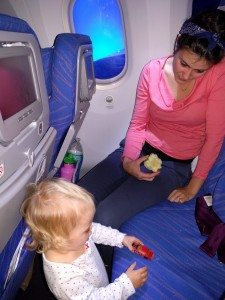 When we decided to go to Thailand we naturally searched online for ‘cheap flights to Thailand’… but we had no idea they would be so freakin’ cheap. Since we’re moving to Sweden our tickets to Thailand are only one-way tickets, but still, they were only $278 USD to Phuket via China Southern Airlines. To have an infant (0-2 years old) on your lap on an international flight, all airlines charge $200 USD now, so we just purchased an extra seat for Freya… we thought that was a no-brainer for only $78 more.
My mom, ‘Nana’, came with us for the first three weeks to Phuket so that Jannika and I can do a little scuba diving during the first leg of our trip. Nana’s round-trip ticket to Phuket, Thailand from San Francisco was only $576 USD. I still can’t believe that price, and I really think that Google is the best way to find the cheapest flights, at least to most convenient way if you have flexible travels dates. Don’t bother with any of the travel websites, because Google will compile all the prices from all of those websites. Go directly to http://www.google.com/flights. After you put in your ‘Where from?’ and ‘Where to?’, then you can click on the calendar to select dates and it will show that lowest price on every day of the month… pretty sweet.
Before you go buy your ticket to Phuket, let me tell you what you’re getting yourself into: 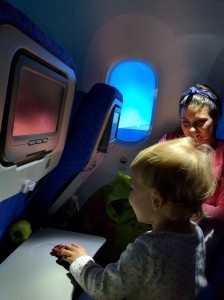 Stage 1 – The Long Flight:
San Francisco International Airport (SFO) to Wuhan Tiahne International Airport (WUH) – 12 hours 50 minutes
Overall, this flight was pretty good considering Freya had a fever the whole time, and wasn’t herself. We had brought a goodie bag full of toys, and planned out little 15 to 30-minute games for her, but she wasn’t into anything. Luckily Freya is still nursing (great call by Jannika to keep that going throughout our travels) because all she did was nurse, cry a little, and sleep.
The biggest upside to the nearly 13 hour flight to Wuhan was that the China Southern airplane was freakin’ awesome. It was definitely the most ‘techie’ airplane that I’ve ever been on. The entertainment was on-demand, there were USB ports beside each personal screen for charging devices, or uploading and working on documents from flash drives, and there were no window shades… the windows had a dimmer switch with six settings, which was super nifty. 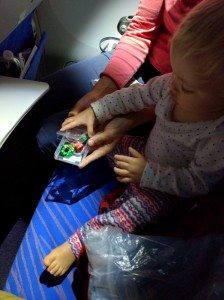 Stage 2 – The Layover:
Wuhan Tiahne International Airport – 5 hours 25 minutes
So, we had made it to Wuhan, China where it was 6:30pm local time, and our flight to Phuket, Thailand was scheduled (with heavy emphasis on the ‘was scheduled’) to leave at midnight. Obviously cheap flights to Thailand come with some non-monetary costs… Wuhan Tiahne International Airport was a complete mess. It was essentially two giant rooms: a waiting room, and a check-in room. The check-in room was closed off until 2 hours before our flight, and many other flights leaving at the same time, so a massive horde of people were forced into the waiting room. Everyone was just standing there like cattle waiting for the gate to open. It was complete chaos, although Freya was quite a hit in the waiting area. Most people wanted to touch her, or have their children touch her… almost like she was a lucky rabbit foot or something. We got the feeling that not too many Chinese travelers had seen a little girl with blonde hair. There was absolutely no consideration of personal space. Freya cried a few times.
Stage 3 – The Short Flight:
Wuhan Tiahne International Airport (WUH) to Phuket International Airport (HKT) – 4 hours 20 minutes
Remember earlier when I said “with heavy emphasis on the ‘was scheduled’”? We boarded the airplane to Phuket and I fell asleep immediately, but little did I know that we sat on the tarmac for over an hour. Haha! I had no idea until I woke up and it was already past the time that we should have landed in Phuket. It wasn’t that bad though. It was still a quick trip down to Phuket, and Freya slept almost the whole time.
Stage 4 – Taxi Ride:
Phuket International Airport to Karon Beach – 1 hour
By the time we arrived in Phuket (4:20am) and got through customs it was after 5:30am local time. We had pre-booked a taxi service called Kids-on-Board, which had a fleet of van taxis equipped with one of each type of car seat: infant, convertible and booster. It was great to walk right out and put Freya into a carseat, then watch the sunrise as we drove to our guesthouse in Karon Beach.
All-in-all if you’re looking for cheap flights to Thailand, I think our China Southern flight was the way to go. Just try not to bring a feverish 14-month old. Yeah there were some other hiccups, but I think that is to be expected with any flights of that distance. In the end, we made it! And, we have a story to tell about the whole experience. It’s not always all about the destination…

cheap flights to thailandSan Francisco to Phuket flightsSFO to HKT